Insomnia? A beginner’s guide to sleep.

Are you struggling to sleep too?

… oh how beautiful you are…. when we can find you. 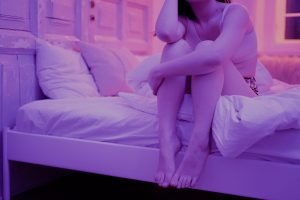 Not being able to sleep is quite possibly one of the most frustrating things a human can experience. Everything makes it harder. The teeniest, tiniest amount of light in a pitch-black room. The slightest sound that no one else can hear. Is it just me that has searched the entire house for the loud noise keeping me awake only to find it’s the buzz of the fridge two stories below?

You create plans and routines, rituals designed to help you sleep yet they are so intense they end up inhibiting your sleep even further. Bizarrely you can nod off whilst sitting on the toilet at work, and even one minute before your alarm goes off. But at 4am when the dawn chorus starts you realise you have been laying in the same spot, as still as possible so that you don’t stop yourself sleeping for…

Alongside being awake, breathing and eating, sleep is one of the most natural things. We are BORN knowing how to sleep! So why is it permanently so difficult. There are shelves of books in book shops on sleep, for parents of new-borns to grannies and grandpas. We have an unhealthy obsession with sleep, yet we still cannot get it right. 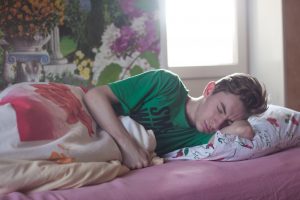 If you need to begin your sleep journey again, continue to read on for my beginner’s guide to sleep.

Where does bad light end up….?

When the eyes absorb blue light during the normal daylight hours it can help to regulate the body’s natural biological clock. When absorbing only natural light and entering darkness as the sun goes down, as the sun goes down, the body will create a hormone called melatonin. Melatonin is also known as the sleep hormone as it lets the body know when it is time to sleep. Exposed to the natural morning light the opposite will happen, the body will produce cortisol which helps it to wake up and the body temperature will rise. Too much unnatural blue light, particularly in the normal hours of darkness can confuse the circadian rhythm resulting in difficulty sleeping at night and tiredness in the day.

A study published in 2010 investigated the effects on melatonin of exposure to room light before bedtime. When exposed to room light or dim light in the 8 hours preceding bedtime, the results found that even room light; “exerts a profound suppressive effect on melatonin levels and shortens the body’s internal representation of night duration.” The results of the study showed that when exposed to bright LED lights, compared to dim lighting the melatonin production in 99% of individuals reduced and shortened by around ninety minutes. The researchers also noticed that exposure to room light during the usual hours of sleep suppressed melatonin by greater than half in 85% of trials.

So send your bad light to….

Fight or flee the sleep 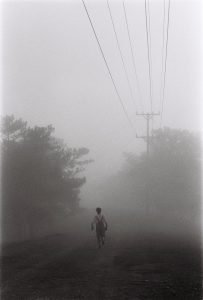 The mind body connection is so strong; yet we seem to be moving further away than ever from understanding it and the effect it has on us.

You have a strong survival mechanism in your body known as the fight or flight response. This is your body’s response to a situation that is threatening your life.

When your reptilian brain perceives something as a threat to your life there are two hormones initially released. Adrenaline and noradrenaline. After the release of adrenaline and noradrenaline, once the initial surge has started to subside the hypothalamus in your brain will activate the next part of your stress response system, known as the HPA axis because it represents the interaction between the hypothalamus, pituitary gland, and adrenal glands.

If the threat is still present, the hypothalamus releases something called; corticotropin-releasing hormone, which travels to the pituitary gland, triggering the release of the adrenocorticotropic hormone. This hormone travels to the adrenal glands, prompting them to release cortisol. As mentioned previously when speaking about the circadian rhythm, in the morning as the sun rises the body produces cortisol in order to wake you up. The increased levels of cortisol during the fight or flight response are there, in addition to other reasons, to keep you awake! Feeling sleepy is definitely not conducive to fighting or fleeing! If you are feeling threatened in any way, your brain will be producing cortisol and this will stop you sleeping. If you are in an anxious or stressed state you will be experiencing this. Please see my quick fix session on Anxiety for further help.

Serotonin is a chemical in the human body that has a wide variety of functions. It is sometimes referred to as the happy chemical because it contributes to wellbeing and happiness. If you find that alongside sleep issues you are struggling with depression, this may be your answer.

The scientific name for serotonin is 5-hydroxytryptamine, or 5-HT, it is used to transmit messages between nerve cells and can be mainly found in the brain, bowels, and blood platelets. Melatonin, formed from serotonin is the sleep hormone.  Tryptophan, which we can find in protein produces serotonin. However, providing you are getting a mostly healthy diet, an increase in protein in our diet does not seem to have an effect on the levels of serotonin.

In order to turn tryptophan into serotonin you need Iron, the B Vitamins 3, 6, 9 and Vitamin C. Tryptophan also has other uses, one of which is part of the immune response. If your body is in the immune response, which is your body’s response to illness or injury tryptophan resources are needed and there is less to make serotonin and melatonin. Frustratingly just two nights of poor sleep can increase the inflammatory response – even to the point of adjusting your genes which can then take a while to revert back. A question for you now; is your body trying to fight an infection, sending tryptophan to the kynurenine pathway, away from serotonin and melatonin, hence the disrupted sleep?

Some people find that writing a daily journal before bed can be a ‘brain dump’ as they let all of their thoughts and feelings out onto the paper. Journaling can help you to brainstorm your own feelings and find answers to your questions stopping you needing to do this in the night. Include lists in your journal of things you need to remember allows you to feel secure in letting these thoughts drift out of your mind overnight.

QUICK FIX FOR SLEEP CLICK HERE
We use cookies to ensure that we give you the best experience on our website. If you continue to use this site we will assume that you are happy with it.OkPrivacy policy